We had 2 separate visits in Milan, both of them brief. But we made the best of our short times there. 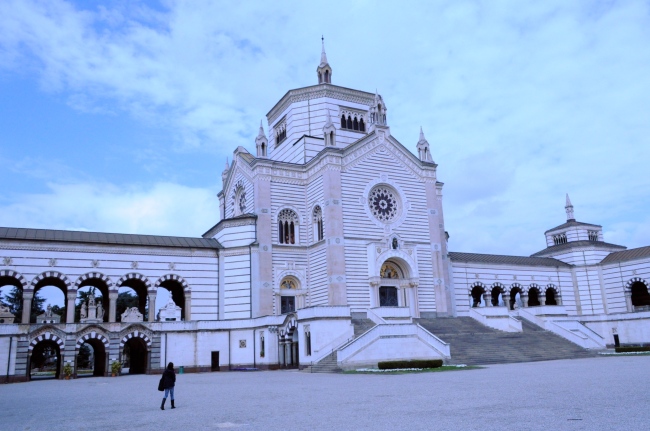 Our introduction to the city was by rather blindly scrambling off the tram that we couldn’t seem to find a way to pay for, seeing this huge beautiful building and being magnetically  drawn through it’s marble arch-ways. 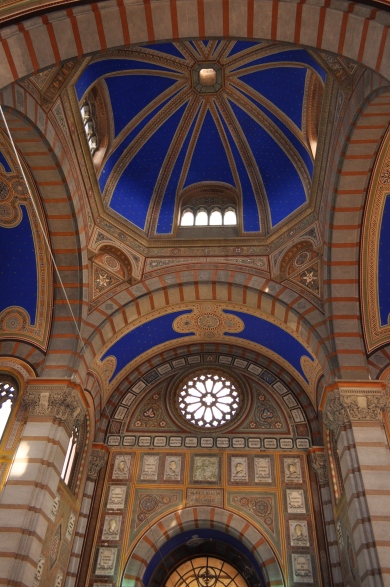 To our surprise we found ourselves surrounded by graves and tombs. big and small, all incredibly ornate and seeming to multiply with each step we took, it went on forever, even climbing up to a balcony the angels and crosses stretched to the horizon. 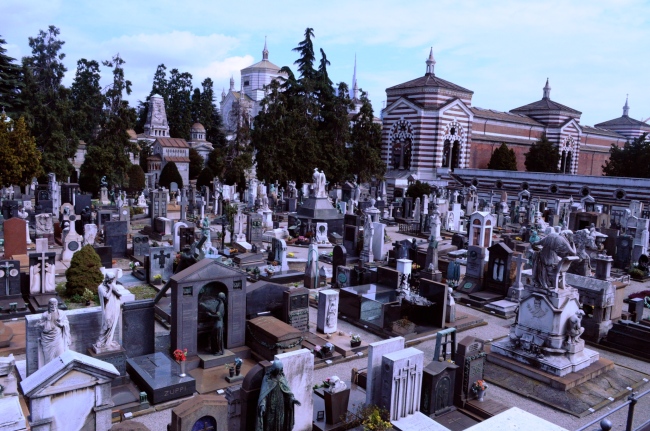 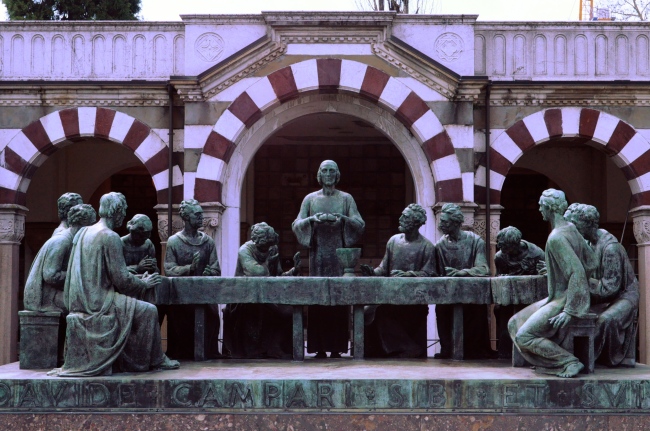 Overwhelmed we decided to leave the cemetery and find Duomo;  the fabeled “most beautiful cathedral” in all of europe. But we had little idea which direction to take and feeling burdened by our heavy packs, we had to ask for help. We asked the right person, Vincent could speak little english and didn’t know the directions himself but he made it his mission to get us there! He and his sweet dog escorted us to the metro, even stoping at a cafe near the station entrance to buy us coffee! then helped us get our metro tickets and asked the station agent to give us specific directions.

the metros here were all very brightly decorated by street artists. they were also very tightly packed, like sardines. 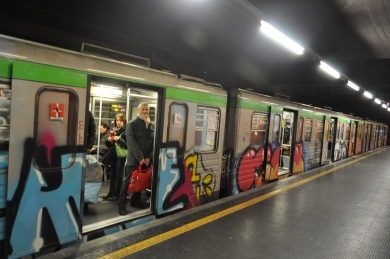 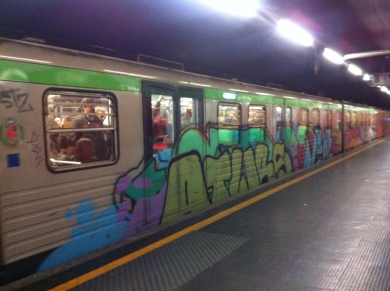 But Vincent had guided us well and soon we were standing on a very impressive doorstep! 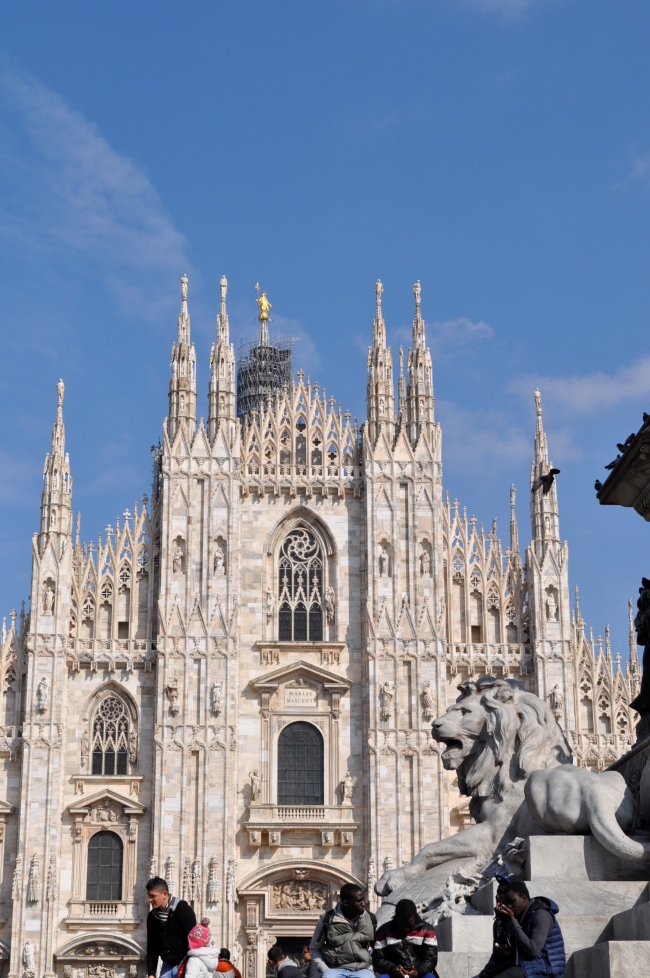 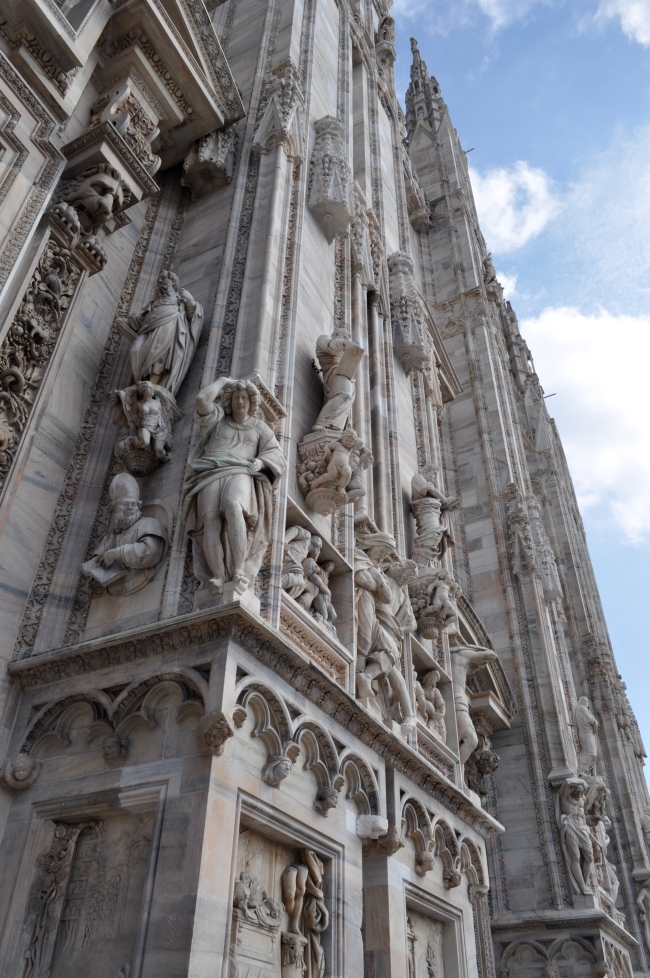 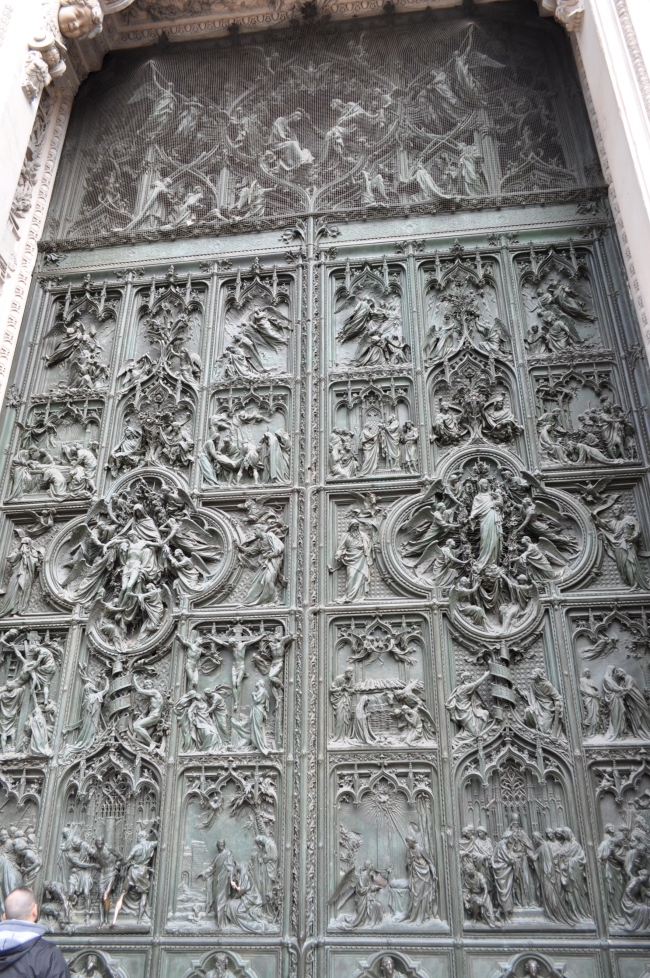 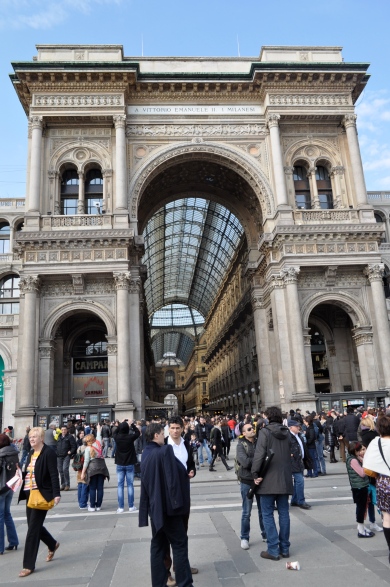 Next to the Duomo was the entryway to Milan’s high end shopping area, where the worlds fashion elite come to buy their clothes. 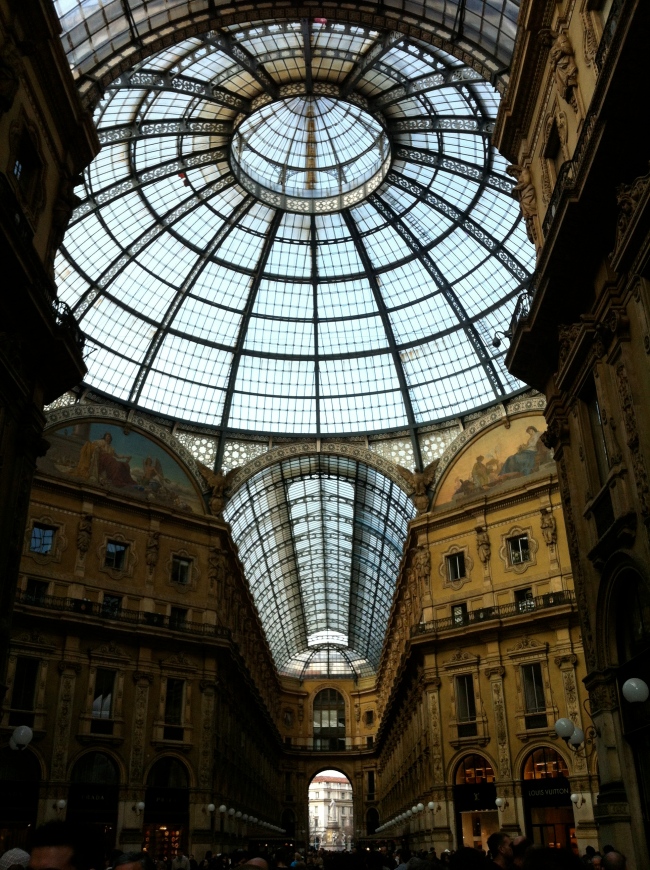 Hearing a rhythmic and energetic chanting we followed or ears and turning a corner found a large group of people singing, playing instruments and dancing in circles around an ancient well. We found a good spot to sit and enjoyed the festivities until we ran out of time, having to go meet Michael and Carrie at the airport. 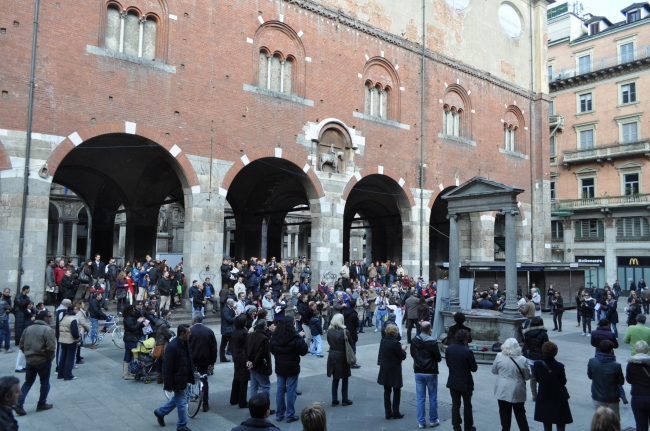 That was the end of our first day in Milan. When we came back by bus a few days later we were dropped off at milan’s train station, and a very impressive station it is! 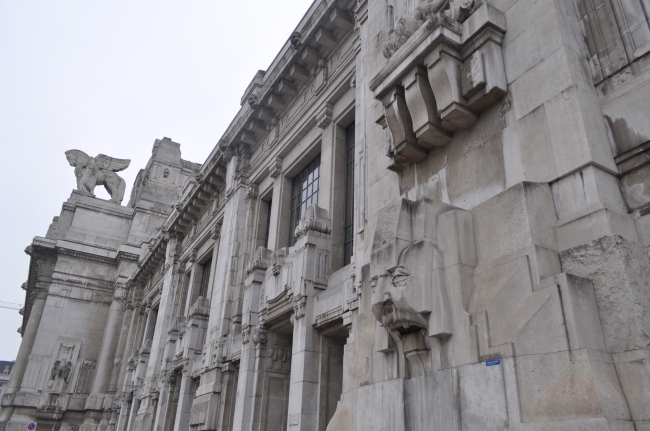 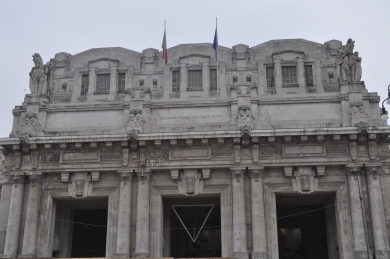 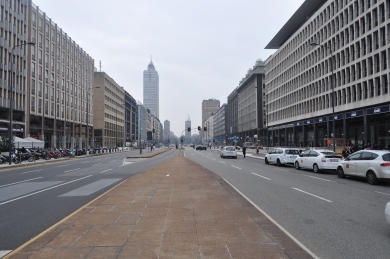 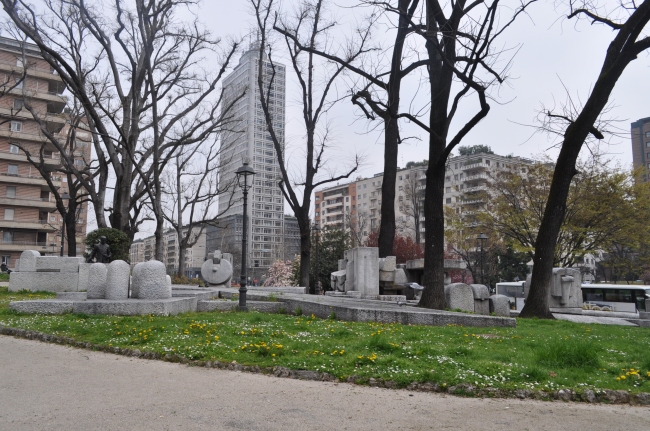 From there we took a long walk into the Brera, or the design district of town. This was the really fun part of the city with street musicians playing, and bustling with design exhibits behind every doorway. Making our way through the crowd we entered into a very old looking building and realized it was a university, this is a picture of that college’s back courtyard containing an early example of an observatory. 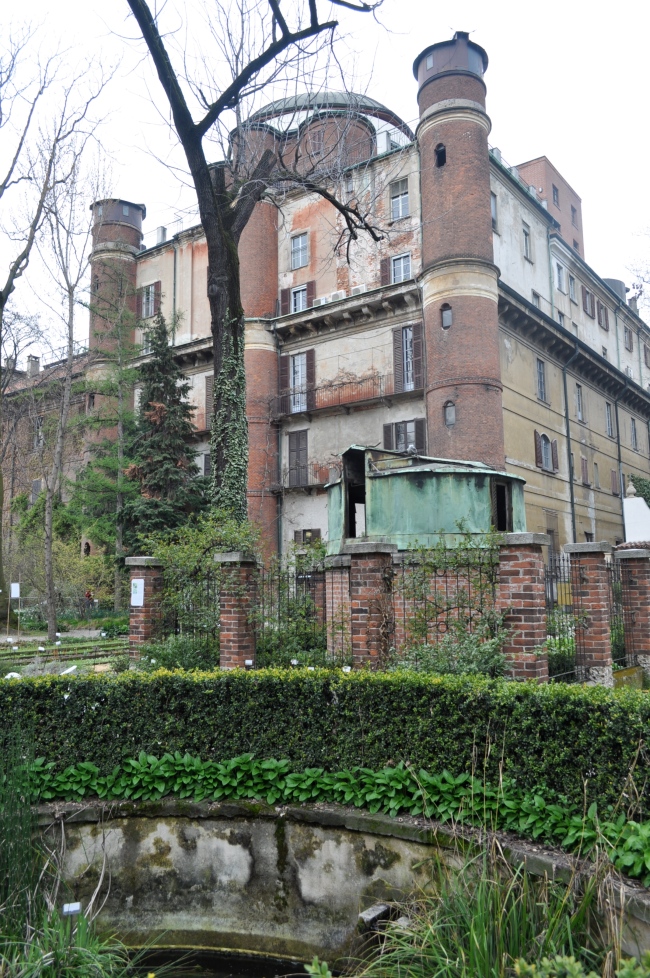 Beyond the school campus we found an amazing castle! 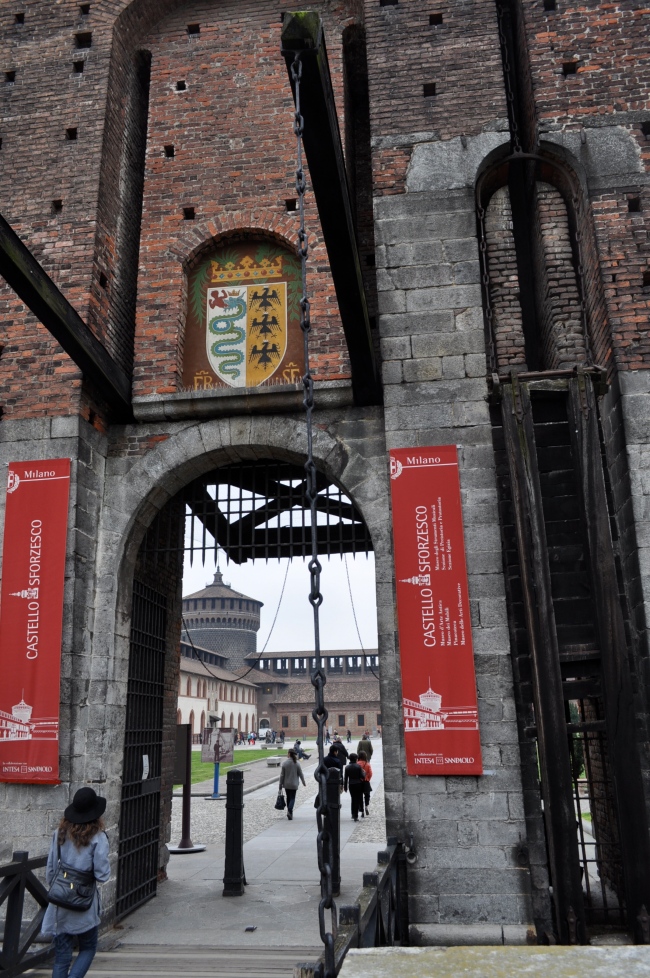 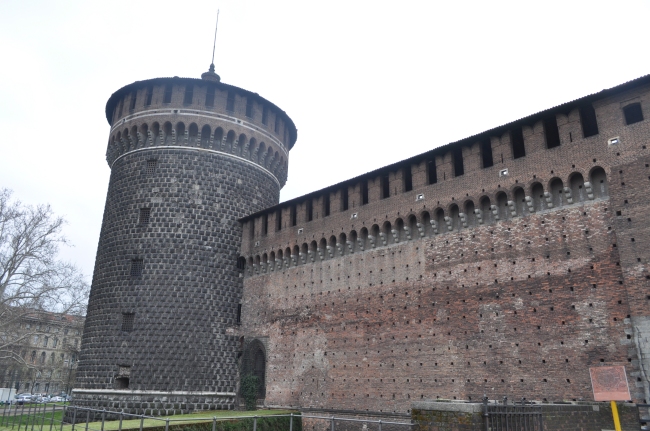 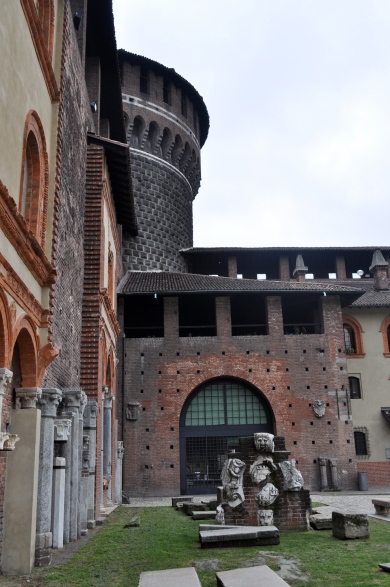 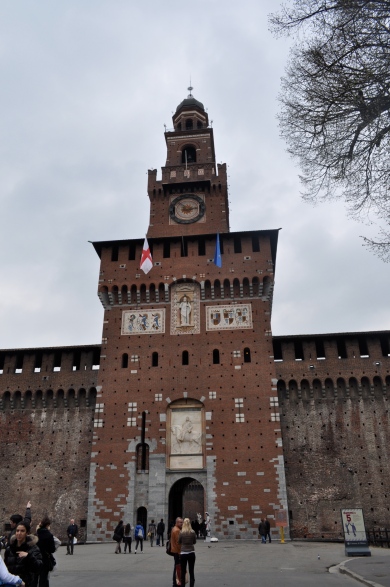 The castle now housed several museums, and we ventured into an exhibit on ancient egypt full of info and treasures including mummies and sarcofagi. 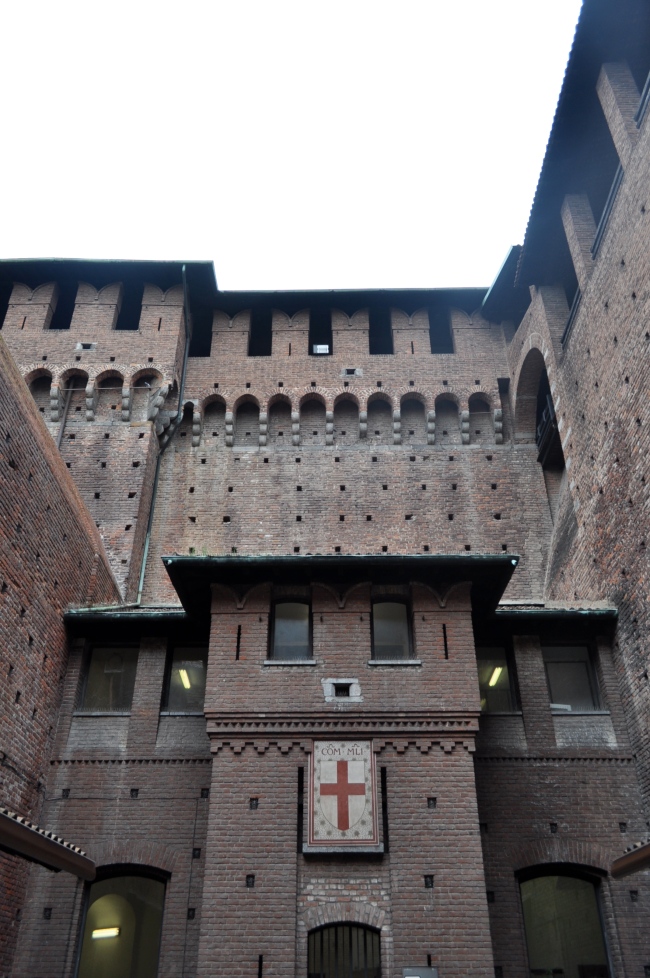 Just behind the castle was a huge park. 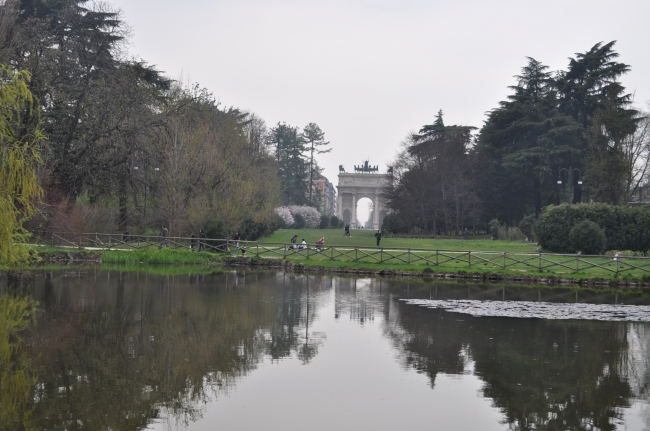 We had to zigzag around all the models posing for fashion photographers throughout the park. 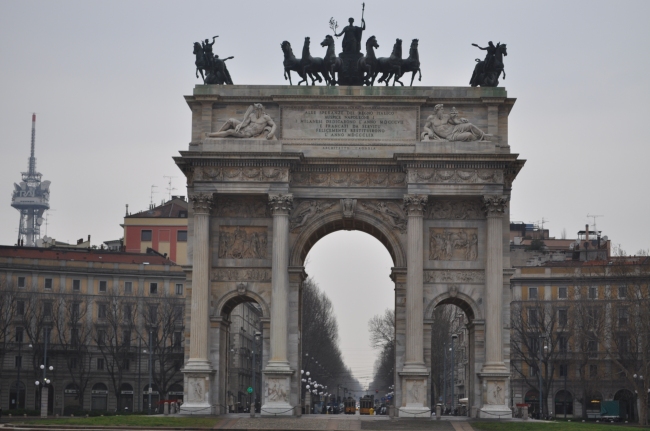 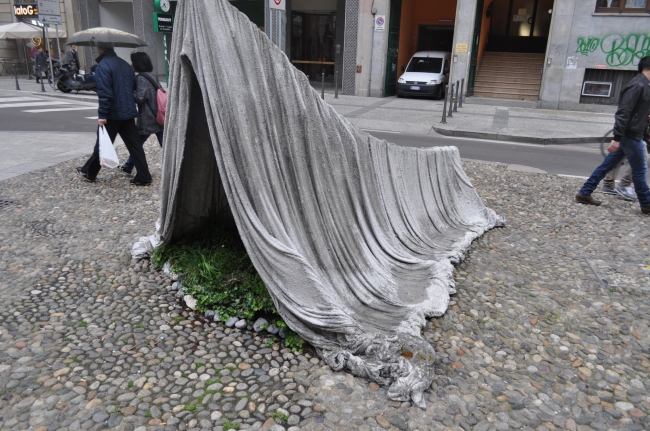 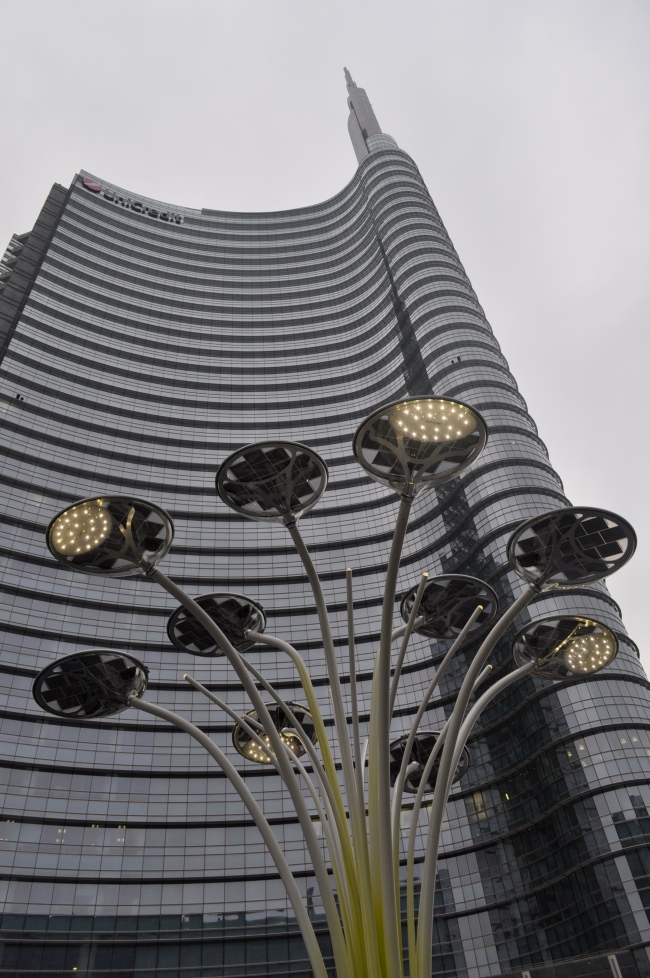 Into the heart of the financial district. There were more beautiful sculptures to see. Like these sound tubes! 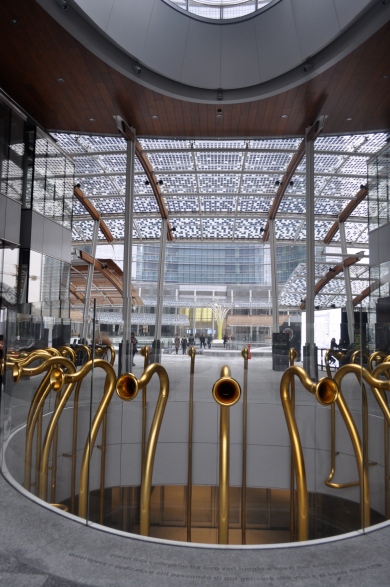 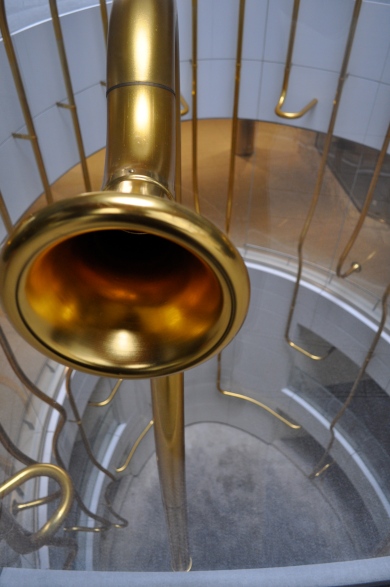 Then we headed off to catch our bus to Narbonne back in France to begin our third and final work-away at chateau Ventenac. It was going to be a long ride, indeed it was 12 hours long! And with a real set of characters to ride along with us.

Goodbye Milan, was nice knowing you! 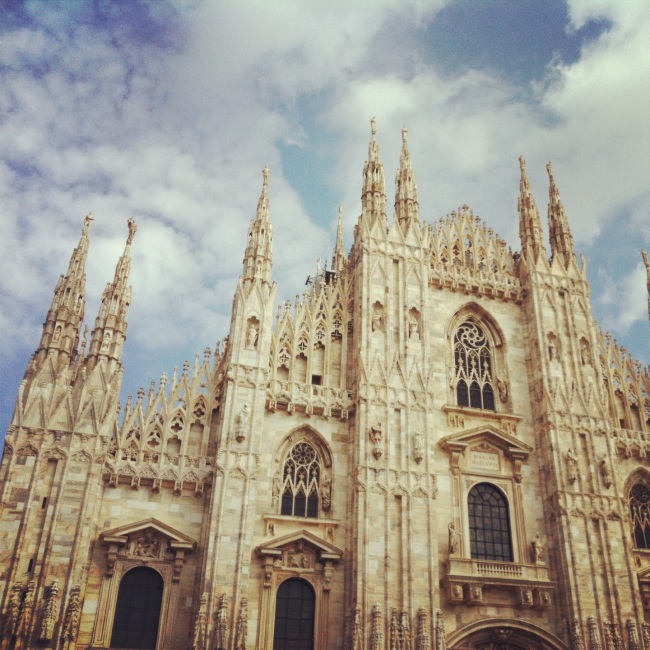